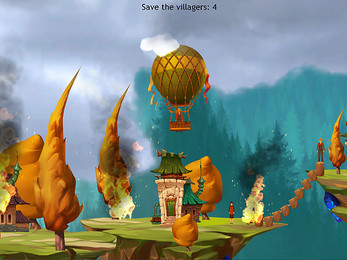 The game “Fire Guild” tells the story of several episodes about the new fire which was just adopted into the Guild. The action takes place in the world of flying islands, and the extinguishing of fires is possible only with the help of Balloons. By controlling such a ball, you will learn about the world, and in the end you will have a chance to prove that you deserve to be in the Guild. Extinguish fires, save people including yourself, as well as participate in exciting races using air currents!
Game Giveaway of the Day