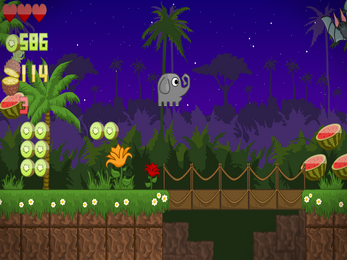 Join in the adventures of a little elephant named Chucky. Once upon a time somewhere in the beautiful land, Chucky and his family lived in the village of Hoboton. But once there was a great evil residing there too. The evil dragon and his army seized the dead and all else in their path. He burned all the villages, robbed and forced residents to work for and to obey him. But once Chucky managed to escape from captivity, he vowed to rescue the entire village and his family. He went to look for friends in the dangerous jungle to join him… Features: The game plunges you into the world of wildlife that surrounds the character. A combination of good old platforming and completely new physics and graphics that give the game a special atmosphere.
Game Giveaway of the Day