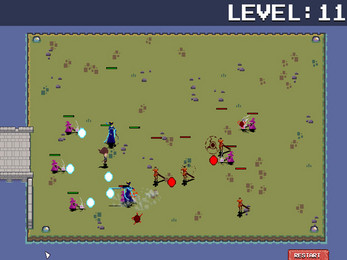 The arena is not a place for the weak. In this game, you have to win in the arenas by placing your warriors. The soldiers fight themselves, your task is to correctly place the soldiers in the arena. Choose wisely who will fight. Some units attack from afar but have low health, some fight up close but are vulnerable to exploding units. Some slow down enemies, and some can take many attacks before dying. Forward to victory General! -Dynamic gameplay -Dangerous enemies -Interesting gameplay
Game Giveaway of the Day